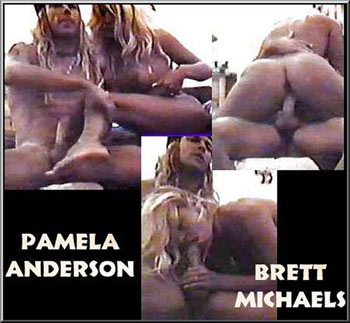 FROM THE DAILY NEWS

Pamela Anderson and Bret Michaels are headed back to court again to stop the release of the sexually explicit video they shot a couple of years ago.

He says the latest company attempting to distribute the video, however, "basically told me and Pamela to screw off. I keep telling them, ‘You guys are going to lose, and you’re going to pay our legal bills. You’re just going to end up paying us a bunch of money, and the more you sell, it’s just going to be even worse for you.’ "

(editors note: the company in question is Metro. Guarino needs this. The company has been in the gutter for some time now, Dane has a better reputation, so he needs something, anything to drum up business for the failing company. However he may have picked a fight he just can’t win, hopefully he has a legal team that has apprised him of his chances in court. My only hope is that Guarino didn’t take the advice of CFO/General Counsel/Dipshit/Tribal Lawyer/Programmer/Clown/Accountant/Moron/Dildo Lover, Les Rich. Les could fuck up a one car funeral, so I hope he’s not the one giving the advice on this one.)